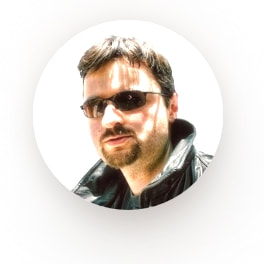 Based in Chicago, Dan (inspiredan) is known for his creative musical talent and the ability to improvise. Originally from Europe, Dan grew up surrounded by the beautiful mountains of Transylvania. Attending music school, he performed piano recitals for large audiences at an early age. However, he was never really comfortable with the technical aspect of playing pieces written by others. This is when Dan learned the art of improvisation.

With a background in Engineering, Dan now uses synthesizers, rhythm computers, piano and guitar to create uplifting music for the masses.  He has been able to complete his debut album "DREAMS" in the absence of a dedicated instrumental setup or a recording studio.  Instead he pieced his instruments together in an unorthodox fashion, being able to reach the desired sonic expression.

DREAMS has been a great success thanks to rave reviews/awards and world-wide distribution channels in both CD and digital formats.  The new singles which Dan has released since "Dreams" have received rave reviews.

Contact Dan if you would like to use/license any of his works, or if in need of musical & audio services.

Thanks for stopping by!